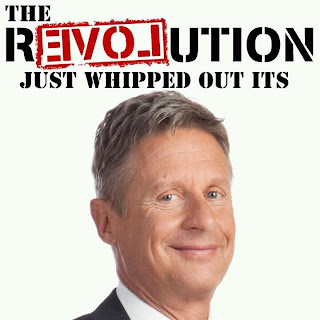 Well the Johnson campaign has to be happy about this, a 2% jump in the latest PPP Virginia poll from just two weeks ago.

But the news is even better when you look at the crosstabs. Governor Johnson is up in every polling subgroup with significant movement among some. And yes, +4% in only two weeks, at this late stage in the race, for a 3rd party candidate with little exposure is significant.

I realize it is only one state but what this proves is that Gary Johnson is getting his message out there and the electorate is responding positively. Just imagine where his national poll numbers would be if the lamestream mediots gave him equal time or if he was allowed to debate against Obamney.

Those of us who support Gary Johnson have less than 30 days to get the word out. Anything can happen between now and November 6; it will only take one game changing event and Gary Johnson could shock the world.
Posted by Chris W at 8:28 PM