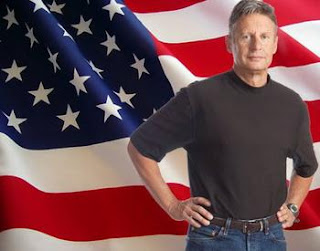 These represent the most recent poll numbers for Gary Johnson.

Gary Johnson a non-factor, I think not. Someone needs to tell Reince, denial is not just a river in Egypt.

The fact is, the GOP is doing their damnedest to marginalize Gary Johnson. If not, why did they keep him out of the debates and why did they put so much effort into unsuccessfully keeping him off the ballot in 5 states? Granted he will only be on the ballot in Michigan as a write-in but in Pennsylvania, Ohio, Virginia and Iowa, the GOP lost their challenges and Governor Johnson achieved ballot status.

It's clear that the GOP is concerned about the "Johnson factor". His fiscally conservative message and record as a two-term Governor has them worried. Even a 2% finish for Gary Johnson represents 2.5 million votes and given that he hurts Romney the most among Independents, who are grossly under sampled in most polls, this has to be cause for concern with the GOP.

The takeaway here is don't believe the spin from the RNC Chairman. Gary Johnson will be a factor in the election, much to the chagrin of the GOP.