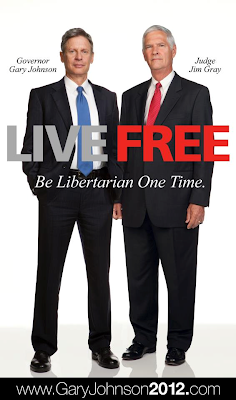 If you believe Gary Johnson and Jim Gray should be included in the debates, sign the petition.


On Friday, the Libertarian presidential ticket of former New Mexico governor Gary Johnson and former California Superior Court judge Jim Gray filed an anti-trust lawsuit in U.S. District court to ask the court to force the Commission on Presidential Debates to include all presidential candidates who have enough ballot access to have a mathematical chance of winning the presidential election to have a spot on the debate stage.

The lawsuit accuses the Democratic Party, Republican Party, and Commission on Presidential Debates of violating the Sherman Anti-Trust Act of 1890, which prohibits certain business activities that reduce competition, and requires the federal government to investigate and pursue trusts, companies, and organizations suspected of being in violation. The relevant part of the law is Section 2, which reads:


“Every person who shall monopolize, or attempt to monopolize, or combine or conspire with any other person or persons, to monopolize any part of the trade or commerce among the several States, or with foreign nations, shall be deemed guilty of a felony, and, on conviction thereof, shall be punished by fine not exceeding $100,000,000 if a corporation, or, if any other person, $1,000,000, or by imprisonment not exceeding 10 years, or by both said punishments, in the discretion of the court.”

If the lawsuit is successful, this year's CPD-sponsored debates will either expand to include the Libertarian candidates as well as the Green Party ticket of Massachusetts physician Jill Stein and Pennsylvania anti-poverty advocate Cheri Honkala, or be canceled.

Via Memeorandum
Posted by Chris W at 8:05 PM