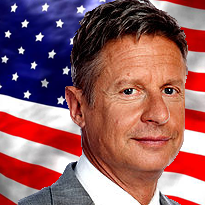 I was hoping for a little more support for Gary Johnson in the Granite State given the amount of campaigning he did there late last year and the fact that New Hampshire is a very libertarian state, but coming in at 7% in the latest PPP Poll is ok considering 65% of those polled have no opinion of the former New Mexico Governor.

Johnson is still at his strongest among Independents at 12% while only garnering 6% support from Republicans and 3% from Democrats. The one number that jumped out at me is his 13% support among those that self-identify as very conservative. This is the highest rating among the various political ideologies.

For those on the right who want to say that a vote for Johnson is a vote for Barry, Gary Johnson pulls slightly more from Obama (3%) than he does from Romney (2%), so thus far he's not going to make or break either rival.

All in all the the Johnson campaign should be pleased that they are off to a respectable start with still 5 months to build momentum before the election.
Posted by Chris W at 8:35 PM