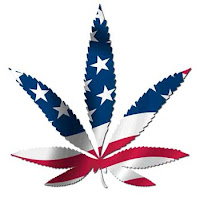 There is only one candidate for President who will put an end to the War on Cannabis; former New Mexico Governor and Libertarian Party candidate Gary Johnson.


Former New Mexico Governor Gary Johnson (R) knows what it’s like to wade out to the fringes of an issue and wait for everyone else to catch up with him.

Back in 1999, he was onto flaking ”harm reduction” policies before the whole political establishment, including President Barack Obama’s own people, adopted the meme. Today, he’s ahead of the curve again, this time on pinpointing a clear strategy for reducing violence along the U.S.-Mexico border.

“Right now, 75 percent of the cartels’ activities revolve around marijuana,” the Libertarian Party presidential candidate told Raw Story recently. “I think as a nation, when we legalize marijuana, we’re going to take giant steps toward drug reform, which will start off with looking at drugs as a public health issue, rather then a criminal justice issue. I just think legalizing marijuana [will cause] at least a 75 percent reduction in border violence due to the drugs [trade].”

It has been a long time since Johnson gave drug reformers a bear hug while he was in office. To this day, he says no other currently serving public official in the U.S. with a higher rank has followed in his footsteps. Even so, Johnson believes he wasn’t really that far away from the conclusion many are reaching today.